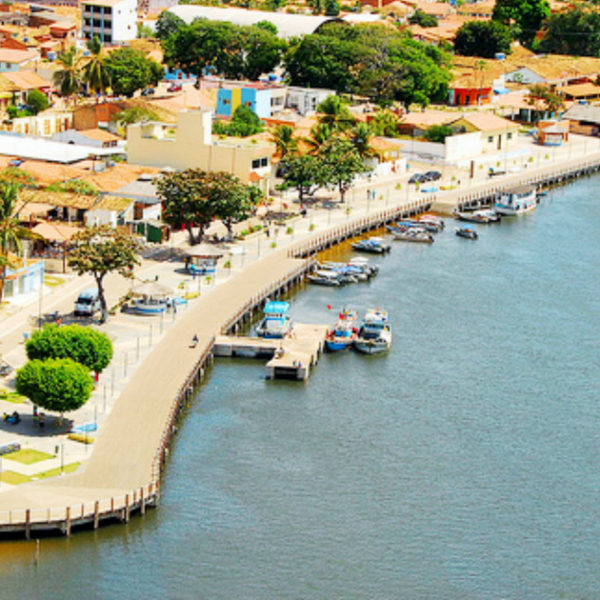 Consult us for information about packages, tours, accommodation and prices.

The city of Barreirinhas is considered the “gateway” to Lençóis Maranhenses. The origin of its name is linked to the mud walls (clay) on the banks of the Preguiças River. Because the walls are sometimes flanked by sand dunes, the region ended up being popularly known as “Barreirinhas”. This term, in turn, was already used in the region at the end of the 17th century, well before the creation of the municipality.

In the 1970s, the city experienced the first outbreak of social changes caused, mainly, by the discovery of the oil and gas potential of the Barreirinhas block. It is considered the first spurt of accelerated growth in the city, the emergence of neighborhoods such as Canequinho, Cebola and Aeroporto. And in the 1990s there was a new growth spurt through the wide dissemination of the region’s natural beauties, such as the Lençóis Maranhenses, Caburé, Atins and Mandacaru National Parks.